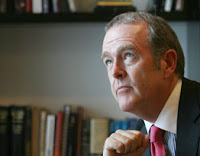 Students Fall Ill in New York, and Swine Flu Is Likely Cause

Tests show that eight students at a Queens high school are likely to have contracted the human swine flu virus that has struck Mexico and a small number of other people in the United States, health officials in New York City said yesterday.

Health officials reached their preliminary conclusion after conducting viral tests on nose or throat swabs from the eight students, which allowed them to eliminate other strains of flu. Officials were also suspicious since some St. Francis students had been to Mexico recently. The samples have been sent to the Centers for Disease Control and Prevention, the only lab in the country that can positively confirm the new flu swine strain — which has been identified as H1N1 strain. Results were expected on Sunday, officials said.

Outside New York, at least 11 swine flu cases have been confirmed in the United States — in California, Texas and Kansas, where two cases were reported on Saturday. There have been no deaths and officials said most of the 11 seemed to be recovering.

The outbreak has killed at least 68 people in Mexico and infected about 1,000 others.

Fearing a panic that might tax local health facilities, Dr. Frieden urged New Yorkers not to go to a hospital if they had typical mild cold or flu symptoms. If they are seriously ill, especially with lung problems, they should seek medial attention promptly, he said, because anti-flu drugs work best if taken in the first 48 hours of symptoms.

Because of fears of the H5N1 avian flu, both New York City and the United States have had detailed pandemic emergency plans in place since 2005, as well as stockpiles of emergency supplies and flu drugs (the plan can be read at www.pandemicflu.gov).

Dr. Frieden said that for such an emergency, the city had extra hospital ventilators, huge reserves of masks and gloves and “millions of doses of Tamiflu,” an anti-flu drug that thus far appears to work against the new swine strain.

In a reaction to the flu outbreak, the World Health Organization convened an emergency meeting of experts on Saturday in Geneva, while public health officials in the United States huddled on conference calls to discuss what steps, if any, to take.

Officials with the W.H.O. were discussing whether to declare an international public health emergency, a move that could involve travel advisories and the closing of borders.

In Mexico, where the flu outbreak is believed to have started, the president assumed emergency powers to deal with the crisis. All public gatherings were banned, including more than 500 concerts and sporting events and the popular bicycle rides on closed boulevards. A few dozen more suspected cases were reported.

In the United States, so far, most of the swine flu cases have been mild. Seven were confirmed in California’s San Diego and Imperial Counties, and two 16-year-olds and possibly a third schoolmate at the Byron Steele High School in Cibolo, Tex. Kansas said it had confirmed two on Saturday. Officials said they expect to find many more cases as they begin testing for them.

The eight Queens students were positive for an A-strain flu virus but negative for all previously known A-strains. That result, called “A-untypeable,” led officials to suspect it was the new swine flu.

Mr. Skinner said the C.D.C. would send a team to New York, as it has to California, Texas and Mexico, if it were requested.

New York has one of the most sophisticated health departments in the world, but the C.D.C. can assist by releasing supplies from the National Strategic Stockpile. Huge quantities of Tamiflu, masks, gloves, purifying gel, ventilators and other goods useful in a flu crisis are kept in warehouses around the country and can be moved out in a matter of hours, Mr. Skinner said.

In Texas, Byron Steele High School and all its extracurricular activities were closed “to reduce the risk to students, staff and the community,” said Dr. Sandra Guerra, a regional director for the state health department. She urged students not to hang out together anyway as “that would defeat the purpose.”

According to one expert involved in telephone discussions about flu preparedness Saturday, there was debate among officials about whether to move some of the stockpile closer to Texas and California. Presumably, that will be made moot by indications that a mild form of the flu may have already spread elsewhere in the nation.

The C.D.C. did not raise the alert level in the United States, which is officially at zero because there have been no human cases of H5N1 avian flu here as there have in Asia and Egypt.

C.D.C. scientists are working on a “seed strain” for a vaccine matched to the new swine flu, but warned that it would take many months before enough doses for all Americans are ready.

They are also creating test kits for 140 American labs and dozens of international ones to allow them to test for the new flu. Right now most labs can only exclude other flus, not confirm the new one.

In each year’s flu season, most deaths are in infants and the aged, none of the first ones in Mexico were in people over 60 or under 3 years old, a W.H.O. spokeswoman said. When a new virus emerges, deaths may occur in healthy adults who mount the strongest immune reactions. Their own defense — inflammation and leaking fluid in lung cells — can essentially drown them from inside.

There are various steps under the federal pandemic plan, including putting emergency rooms and first-responders on alert, making sure they have seasonal flu shots and putting them first in line for any early batches of a swine flu vaccine.

The 1918 “Spanish flu” pandemic came in waves — a first summertime one was mild, then a severe one hit the following winter. By some accounts, a third milder but still serious wave hit cities that had done the best jobs of protecting themselves from the second wave.

However, as experts note, in 1918 there was no Tamiflu, no antibiotics to fight pneumonia, and no powered ventilators.

MEXICO CITY — Alarmed Mexican officials, scrambling to control a swine flu outbreak that has killed as many as 68 people and infected possibly 1,000 more in recent weeks, canceled more public events Saturday in and around the capital and said they were considering keeping schools for millions of students here closed into next week.

Officials also announced that two soccer matches scheduled for Sunday would be played without spectators, and hundreds of cultural events have been canceled.

The Associated Press reported Saturday that 24 new suspected cases of the flu were reported here.

Mexico’s health minister, José Ángel Córdova, has said the country is dealing with “a new flu virus that constitutes a respiratory epidemic that is so far controllable.” He said the virus had mutated from pigs and had at some point been transmitted to humans.

Most of Mexico’s dead were young, healthy adults, and none were over 60 or under 3 years old, the World Health Organization said. That alarms health officials because seasonal flus cause most of their deaths among infants and bedridden elderly people, but pandemic flus — like the 1918 Spanish flu, and the 1957 and 1968 pandemics — often strike young, healthy people the hardest.

Mexican officials have been urging people to avoid large gatherings and to refrain from shaking hands or greeting women with a kiss on the right cheek, as is common in Mexico.

On Friday, Mexico City closed museums and other cultural venues, and advised people not to attend movies or public events. Seven million students, from kindergartners to college students, were kept from classes in Mexico City and the neighboring State of Mexico on Friday, in what news organizations called the first citywide closing of schools since a powerful earthquake in 1985.

Because of the situation, the World Health Organization planned to consider raising the world pandemic flu alert to 4 from 3. Such a high level of alert — meaning that sustained human-to-human transmission of a new virus has been detected — has not been reached in recent years, even with the H5N1 avian flu circulating in Asia and Egypt, and would “really raise the hackles of everyone around the world,” said Dr. Robert G. Webster, a flu virus expert at St. Jude Children’s Research Hospital in Memphis.

Mexico’s flu season is usually over by now, but health officials have noticed a significant spike in flu cases since mid-March. The W.H.O. said there had been 800 cases in Mexico in recent weeks, 60 of them fatal, of a flulike illness that appeared to be more serious than the regular seasonal flu. Mr. Córdova said Friday that there were 1,004 possible cases.

Still, only a small number have been confirmed as cases of the new H1N1 swine flu, according to Gregory Hartl, a W.H.O. spokesman. Mexican authorities confirmed 16 deaths from swine flu and said 45 others were under investigation, most of them in the Mexico City area. The C.D.C. said that eight nonfatal cases had been confirmed in the United States, and that it had sent teams to California and Texas to investigate.

“We are worried,” said Dr. Richard Besser, the acting head of the C.D.C. “We don’t know if this will lead to the next pandemic, but we will be monitoring it and taking it seriously.”

There is no point in trying to use containment measures in the United States, he said, because the swine flu virus has already appeared from San Antonio to San Diego, without any obvious connections among cases. Containment measures usually work only when a disease is confined to a small area, he said.

The C.D.C. refrained from warning people not to visit Mexico. Even so, the outbreak comes at an awful time for tourism officials, who have been struggling to counter the perception that violence has made Mexico unsafe for travelers. The outbreak was also causing alarm among Mexicans, many of whom rushed to buy masks or get checkups.

“I hope it’s not something grave,” said Claudia Cruz, who took her 11-year-old son, Efrain, to a clinic on Friday after hearing the government warnings.

Health officials urged anyone with a fever, a cough, a sore throat, shortness of breath or muscle and joint pain to seek medical attention.

When a new virus emerges, it can sweep through the population, said Dr. Anne Moscona, a flu specialist at Cornell University’s medical school. The Spanish flu is believed to have infected at least 25 percent of the United States population, but killed less than 3 percent of those infected.

The leading theory on why so many young, healthy people die in pandemics is the “cytokine storm,” in which vigorous immune systems pour out antibodies to attack the new virus. That can inflame lung cells until they leak fluid, which can overwhelm the lungs, Dr. Moscona said.

But older people who have had the flu repeatedly in their lives may have some antibodies that provide cross-protection to the new strain, she said. And immune responses among the aged are not as vigorous.

Despite the alarm in recent years over the H5N1 avian flu, which is still circulating in China, Indonesia, Egypt and elsewhere, some flu experts argued that it would never cause a pandemic, because no H5 strain ever had. All previous pandemics have been caused by H1s, H2s or H3s.

Among the swine flu cases in the United States, none had had any contact with pigs; cases involving a father and daughter and two 16-year-old schoolmates convinced the authorities that the virus was being transmitted from person to person.

In Canada, hit by the SARS epidemic in 2003, health officials urged those who had recently traveled to Mexico and become ill to seek treatment immediately.